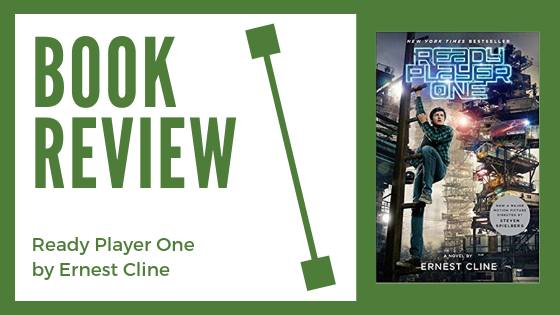 Ready Player One is a book I will listen to over and over again. Read by Will Wheaton, the audiobook is superb. If you even the least bit into sci-fi and consider yourself to be a geek, nerd, or just a casual video gamer, this book will rock your world.

Let’s dive into the good, the bad, and the great.

For those unfamiliar with late 80s and early 90s trivia will find most of the book’s references confusing. It’s obvious the author is a super nerd and his knowledge is vastly superior to the average Joe. But this is a good thing. It keeps the book interesting and out there but also highly relevant. I don’t understand every reference, but you be damn sure I was excited when the DeLorean showed up.

This book does break off into tangents that don’t seem to fully relate to the story at hand. I enjoyed these diversions, but it did leave me wanting more when bam! You were back into the main story. There were also times that it didn’t make sense to me why a character did what he/she did. Yes, characters can be unexpected and are free to do whatever they please, but there were times it seemed as if the author was reaching and using the characters to move the story along without pausing to ask if that character would have really made that choice.

Artemis was annoying throughout. I wanted to like her but couldn’t.

And finally, the movie was awful when compared to the book. It could have been great, but far too much was changed without anything better being added. It was a drag to watch, especially knowing there was a freakin’ story written out that could have been used instead.

The main reason that movie was awful is the primary reason why the book was fantastic. You felt real world stakes the entire time. The characters were trying to win the virtual world contest because if they didn’t they were going to be killed IN REAL LIFE.

Throughout the entirety of the book the author does a fantastic job of pulling you out of the Oasis into the real world, which absolutely stunk by comparison, but in a believable way.

I loved the book and felt the raw emotions of the characters throughout. Well done.

You can pick up the audiobook on Amazon here.

Enjoy and best of luck in all of your fantasy reading ventures.

PS: Do you have a good book recommendation? Please let me know 🙂 Just your average author. My ultimate goal is to help you find your unique purpose through self discovery. So pull up a chair, grab one of my books, and let's chat. 😀